she hasn’t grasped that there are shapes on all sides yet so we are just working on one side at a time.

Also the leap frog letter toys were a great buy as well, she plays with them daily, we have a few more that are on the fridge oppose to the one that is in her play area (the one i pictured) and she loves to dance to them and see what happens when she puts a letter or animal in the spaces. She is mimicking the ABC song when it plays now.

Finally, the bean sorter, we haven’t really started working with this one yet, but I did start giving her a utensil with her meals at around 10 months and she is doing pretty great at it.

*Side Notes* We were starting to get quite the pile of toys 😐 which anyone who knows me knows this is not legit. With Little Miss having birthday and Christmas back to back I know this is always going to be a problem. So i’d like to deal with it now instead of later. Plus I was noticing that Little Miss would move from toy to toy and was having trouble just playing by herself. I did some reading up on this while I was pregnant and having too many toys is supposed to affect a child by harboring their ability to learn how to make decisions and it can create confusion and a feeling of being overwhelmed/stimulated. So I removed about 60% of Little Miss’ toys from her play area leaving the following: She has 3 big toys out (kitchen, ballapalooza, and incrediblock) and 4 medium toys (puzzle, leap frog dino, pop toy, and a bead maze) and 3 small toys (bock sorter, stacking toy, and a flat shape sorter). I’m telling you have have seen a 100% improvement in her concentration, imaginative play, and ability to entertain herself for longer periods , of time. She no longer bounces from toy to toy pulling everything out but playing with nothing. She just seems all around happier while playing. Here is a few articles that I found: Article 1, and Article 2. So where did all the toys go? lol Well anything that she is still able to play with I put else where and I am going to switch it out with what is currently down to give her some variation. I am a huge giver, anything we are done with I usually give it away instead of sell it, especially if it’s baby stuff. And it always comes back to me, most of the stuff i had for Kitty was given to us, (even her cloth diapers!) and I am so thankful for that so i always pass on the happiness of giving. So remember your Karma people! 🙂

Second, I read an article about TV background noise and how it affects a childs brain, and I had no idea! Now before you say “I watched TV all the time as a kid and I’m fine” actually think about it, are you fine? What are you defining as fine? That you can function averagely in a normal society? Do you think that if you didn’t have the TV on all the time that the parts of your brain that are forced to focus on the noise of the tv would focus on other stuff instead? What these articles were talking about was not something that we would notice by looking at our child while the tv plays in the background. Something that would makes go huh look at the difference having the tv on verses off made in her play. It is all inside the brain, by having the tv on just as background noise it harbors her ability to give what she is playing with 100% of her attention, we as adults think we have learned how to tune this noise out but really all we did was train part of our brain to block it for us. What if that part of our brain was doing something else more productive? I think it is easy to forget that everything a child does is learning, they aren’t actually playing, they are learning. Everything they touch, see, smell, taste, whatever it’s all learning to them. These first 5 years are the most important years for a child as they will create a base for how the child learns in the future. I’m not saying that it for sure affects them as much as the articles say that it does but it doesn’t hurt to turn off the tv every once and a while. Read a book, play with your child, do a crossword. The tv is way over used in todays age just like all electronics, we’ve become too dependent on them. If there is a chance that it could make your child smarter, more focused, and all around better isn’t it worth a shot? If you need the background noise put on some classical music, as we all know the studies done on that lol Mozart effect anyone?

So onto the NEW! As I think i’ve stated before we are sticking with Montessori teaching with a lot of our methods. So one thing I wanted to set up for her was a real life area that she could play and learning. So here it is!

I received this kitchen for free off of a wonderful gifting group that i am apart of on Facebook. If you don’t have one of these groups in your area create one! Great way to meet people and get awesome stuff! She received the tea cart for her birthday, and I bought the pots and pans on clearance at HEB during their after Christmas sale. I am still in search of a plain dish set, the one that target has is more of a tea set and she already has a tea set so i don’t really need double. I also cut a kitchen sponge in half so we can practice washing dishes. 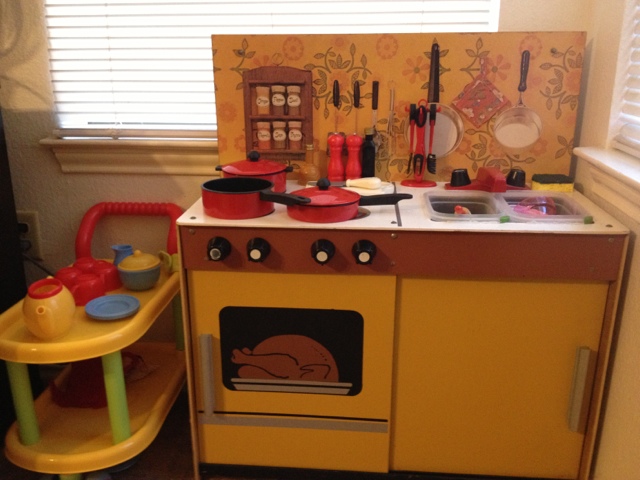 I bought this cutting set at Target (while i was on the hunt for pots and pans and dishes) so cute and easy for her to use. She almost has the knife mastered already. 🙂 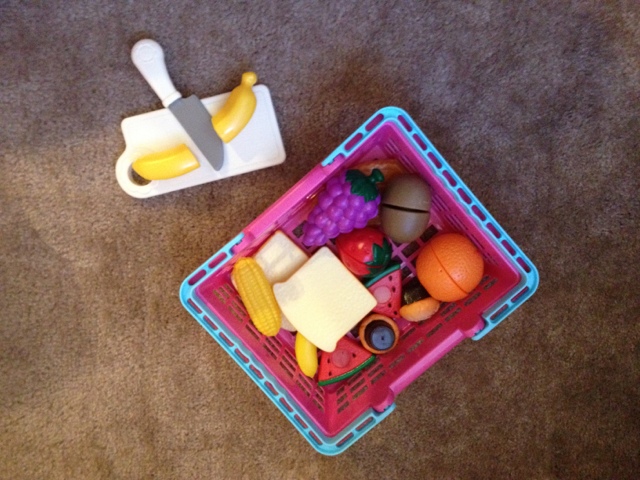 We had been staring at this cart at HEB during every shopping trip, and finally we broke down and bought it lol I had a friend that had about a shopping cart that came with kiddy size reusable shopping bags and I thought that was the neatest idea (especially since in March Austin is getting rid of all plastic bags) so I was on the look out for some for Kitty. I found these at the Dollar Tree in the craft isle, they are the perfect size and were 2 for $1. 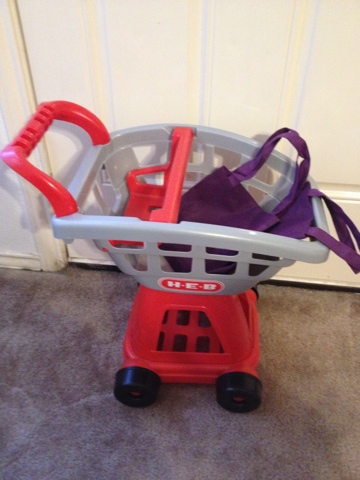 Finally, I had been searching for the perfect babies for her, I wanted them to be anatomically correct, and I was hoping to find a boy and a girl. I found these vintage cuties on ebay for only $10! Now I just need to get a bed, bath and some clothes together for them and we’ll be set! 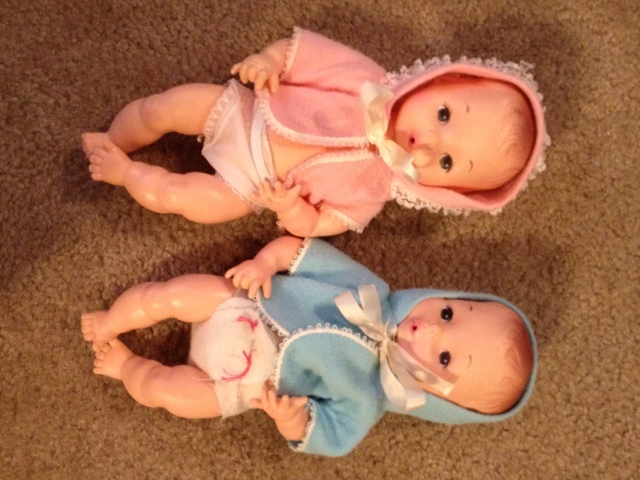 I was diagnosed with Cystic Fibrosis when I was 2 months old through my newborn screening. My mutation is DDF508. I live in Central Texas with my parents, and I am currently 9 years old. I help my mom write this blog.

When I grow up I want to work with endangered animals.